Wales should not become too used to taking crumbs of comfort from defeats, but after the agonising loss to South Africa one stood out above all – Ellis Jenkins.

Most might be happy with just making it back at all, but there was the 28-year-old flanker playing his first Test for three years so extraordinarily that he was the best Welsh player on the field, troubling the world champions at every turn, rolling back all that time he had missed.

Clearly Jenkins is wired up differently to everyone else. 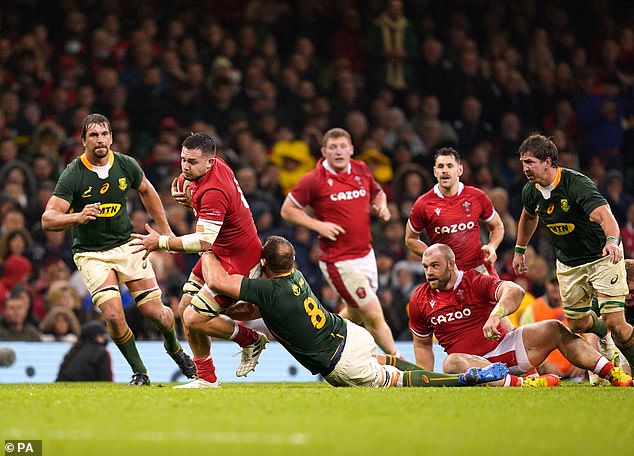 Anyone normal would have felt enormous trepidation going into this game – no international for 1,079 days, against the most notoriously uncompromising pack in the sport, a team stacked with meaty forwards who would fly into that rehabilitated knee at each and every breakdown; enough to make you wince.

But Jenkins donned his superhero’s cape and flew into it all. He won vital turnovers, taking every blow from every direction, he intercepted, created chances and even ended the night captain.

It was remarkable – and his opposite number Siya Kolisi was mightily impressed.

‘I thought he was hard,’ the World Cup-winning skipper said.

‘We’re all here playing rugby trying to make our families proud and you never wish anybody to get injured. For him to fight back and make it back just shows what type of character he is.’

It was Kolisi who reached out to Jenkins after the horrendous, multiple knee-ligament injury the Welshman suffered against South Africa in 2018. 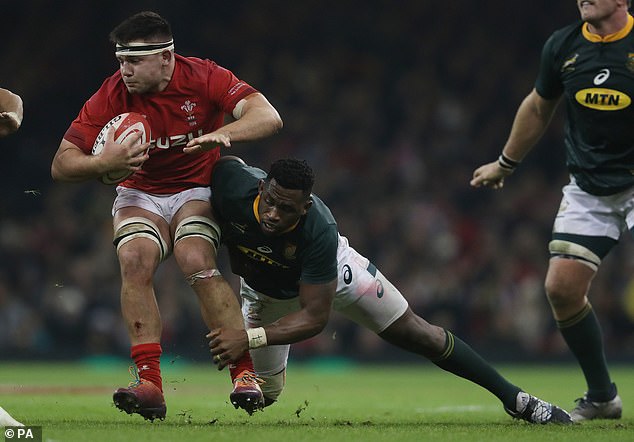 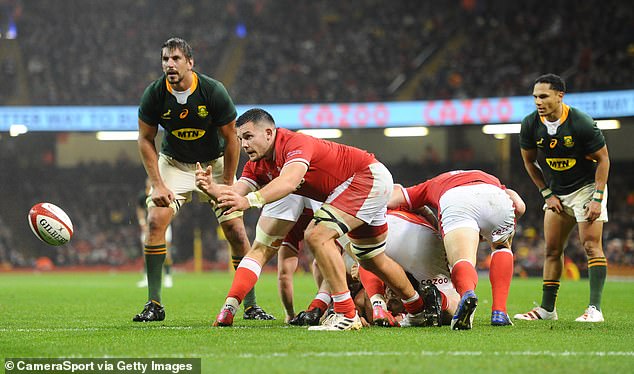 Being a fierce competitor, Jenkins was livid at the result and wants to make amends against Fiji

He donated his shirt to Jenkins then, as a sign of good-will, and having played against Jenkins again in Cardiff Kolisi made a point of chatting to him.

‘I told him I was so proud of him – he played well today,’ he said.

‘You go out and you compete and try get one over the opposition, but it’s horrible to see people get injured, particularly the way it happened to me at the end of the game.

‘He was just saying how happy he was that I was back playing and how much he enjoys playing against me – I’m not sure if that’d a good thing or a bad thing.’

Being a fierce competitor, Jenkins was livid at the result, wanting to right wrongs against Fiji on Sunday.

‘It was disappointing. We were in a position to win the game,’ he explained – referencing the fact that Wales led by three, having kicked six penalties to five, before Malcolm Marx’s late rolling-maul try sealed the Springbok victory.

They had a bit too much for us at the end.

‘You know what’s coming but it’s a challenge to stop it.’

But he was able to reflect on his incredible journey back to this point – two years out, another then waiting for a 12th Welsh cap.

He soaked it all in last week, when travelling reserve for the All Blacks game – the bus drive in, the atmosphere, so he was not overawed this Saturday. His girlfriend, family and mates were there at the Principality Stadium – an emotional day for them all.

Now back Jenkins has new goals.

‘The World Cup would definitely be there,’ he said of the 2023 tournament.

‘But there’s a lot of time to go before then. It’s my first game back in a Welsh shirt, I still have lots to work on. 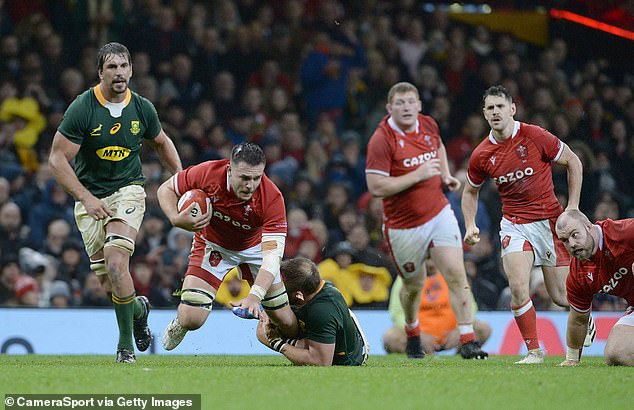 ‘For two and a bit years, getting back onto the pitch was my sole focus. Since I’ve been back, it’s trying to get back to where I was.

‘I’m probably not quite there yet, but I’m willing to work hard to get there and that’s what I want to achieve.’

If this was not Jenkins’ best then there are exciting days ahead for him and Wales.

Omicron is new COVID kid on the block: 5 steps to avoid, 10 to take immediately – Eyewitness News